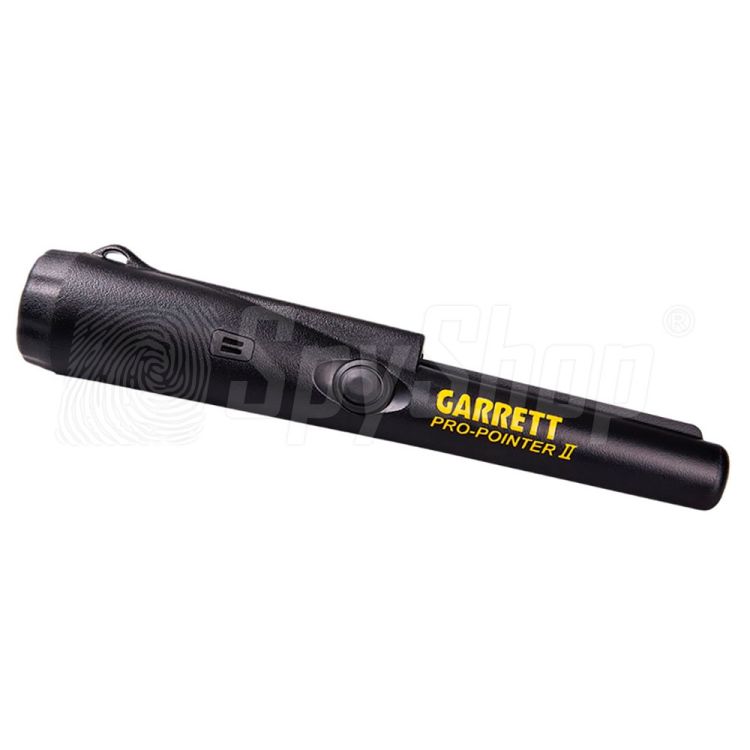 If you have questions, or you want to buy more units, please contact contact@detective-store.com

The best metal detector PRO-POINTER ® II is a modernized version of the famous PRO-POINTER®. Its increased sensitivity allows to detect items made of stainless steel, and many others. Built-in LED light is especially useful during night time operations.

Garrett PRO-POINTER ® II is a modernized version of the most popular metal detector in the world, the PRO-POINTER ®. This model has all of its predecessor's features, and a number of improvements facilitating the operation of the device. The model II features enhanced sensitivity, which allows to ddetect e.g. objects made of stainless steel. A convenient, mode durable housing with an additional handle guarantees comfortable operation and a firmer grip.

Electromagnetic compatibility and health safety norms the device complies with:

Comment : weights only 200 grams and is 23 cm long so does not take much space in a bag or rucksack
Report abuse

Comment : I liv near the beach and "comb" it every morning when people are still sleeping to look for objects left behind by the tourists . This model can sift thorugh wet sand so works best for me. I have no complaints :)
Report abuse

Comment : as its name suggest -> Garret Pro Pointer II is THE BEST metal detector! Surely for this price, of course ,
Report abuse