The art of eavesdropping has been known almost since the beginning of civilizations. Obtaining secret information gave an advantage over an enemy or business competitor. The access to confidential data also allowed to satisfy curiosity – one of the most dominant features of our specie. Today, thanks to the technological progress, eavesdropping has become easier than ever. However, just buying a wiretap is not enough – you also need to know how to install it safely and discreetly. In this article we will instruct you how to install a wiretap at home or at work.

HOW TO EAVESDROP WITHOUT EAVESDROPPING?

The profession of a spy is considered to be almost as old as humanity itself. Agents were used in all ancient cultures and civilizations such as Mesopotamia, Egypt, Greece and the Roman Empire. Over the centuries civilizations have risen and fallen, and spying has continued to thrive. Julius Caesar became famous for, among others, his complex network of spies who informed him about any plots against him.

The emperors spies were so successful that they uncovered plans for an attempt on his life. However, Caesar ignored the list of conspirators presented to him, which led to his doom. During the American Revolution, George Washington also used trained agents to gather information about the British side. It also happened during the Civil War, when the forces of North and South kept watch on each other.

Eavesdropping before the discovery of electricity was not easy, but human ingenuity was able to overcome natural limitations. In the past, a popular method among palace and castle spies was to use the natural acoustic channels created by the spaces between walls. Sometimes, thanks to this method, it was possible to overhear a conversation going on at the other end of the fortress. Famous holding a glass against the door was an equally popular trick, but this method involved the risk of being caught in the act and in addition it was not very effective. Also curtains, popular in ancient times, were used to provide camouflage while eavesdropping.

CONCEALING OF WIRETAPS IN THE OLD DAYS

The lives of spies and detectives have become much easier during electronic age. One of the first eavesdropping tools using electricity was the dictograph developed by Kelley M. Turner in 1906. It consisted of a microphone and a remote listening post with a speaker and phonograph for recording. The dictograph was used in several criminal investigations, but due to its size it was not very suitable for discreet eavesdropping.

The breakthrough came decades later with a device called The Great Seal bug (also known as The Thing) developed by the USSR during the Cold War. It was the first fully functional miniature radio transmitter with a microphone. The Thing was hidden in a relief given to U.S. Ambassador W. Averell Harriman by the Soviet Union in 1945. The gift, officially a “gesture of friendship” between the nations, hung in the ambassadors Moscow office for seven years. The design of the device was fascinating – not only was it miniature in size, but it had no power supply and no active electronic components. The bug activated only when it was “exposed” to radio waves sent from an external transmitter hidden near the embassy. 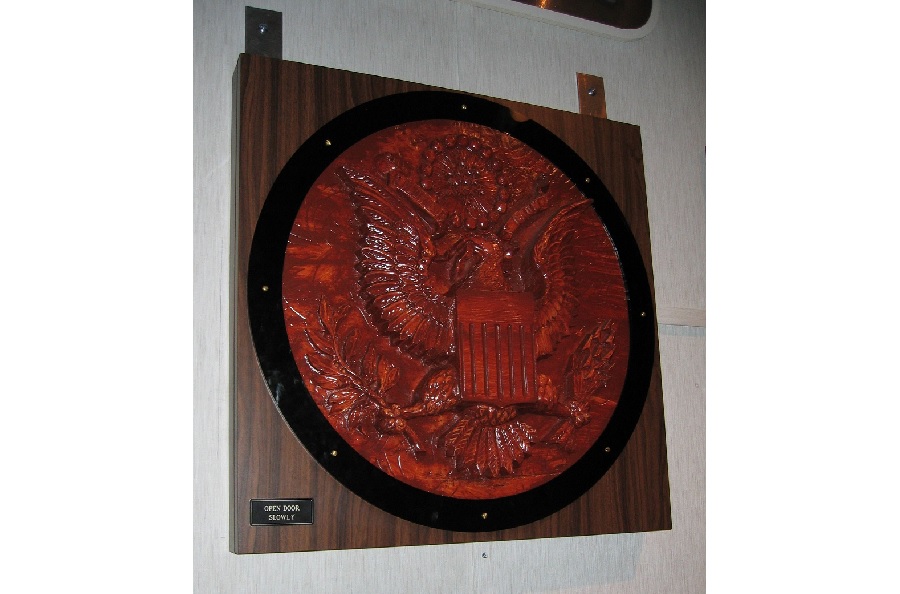 HOW TO INSTALL A WIRETAP AT HOME?

The method used by the USSR was effective, but today it seems impractical. It is much better to use more subtle types of camouflage. An audio bug hidden in an everyday item such as a power strip or alarm clock will blend in perfectly with any home or office environment. You can also choose a miniature device, which will be easy to hide in any place or use a service of wiretapping installation in any chosen object – there are many possibilities.

Before we inform you how to install a wiretap at home, lets focus on a few important points. First of all, do not hide the wiretap under clothing or other layers of material – covering the microphone may distort the recording, thus hiding the audio bug under clothing, bedding or in a pocket is not a good idea. The second important issue is the listening range. Wiretaps are divided into radio and GSM bugs. The former are characterized by very good listening quality and long battery life at the expense of a limited range, which usually does not exceed 400 m. Capturing transmissions from radio transmitters also requires the purchase of a receiver, which generates additional costs.

A more effective solution, especially for private use, turns out to be GSM wiretapping. Using a cellular network standard, they provide unlimited listening range. A great advantage of these devices is the fact that the receiver is a smartphone, through which the monitoring takes place – so you do not have to worry about buying additional equipment, and the operation is much more convenient compared to radio eavesdropping. The disadvantages of GSM wiretapping include a rather weak battery, which usually lasts a few hours. This problem can be solved by choosing equipment that uses mains supply.

WIRETAPPING IN A POWER STRIP

Since the microphone of a wiretap shouldn‘t be covered, how to effectively hide it from the sight of unwanted people? The answer is the camouflage. It is provided by the GSMBug220 wiretapping device, whose microphones are hidden in an inconspicuous, fully functional item ‘ a wiretap hidden in a power strip. It will be perfect for any room, such as a living room, bedroom, study, conference room or office space. Listening range of 5 meters, unlimited operation time and simple operation (just call the number of the SIM card placed inside) result in an inexpensive and yet effective tool for surveillance at home and at work. 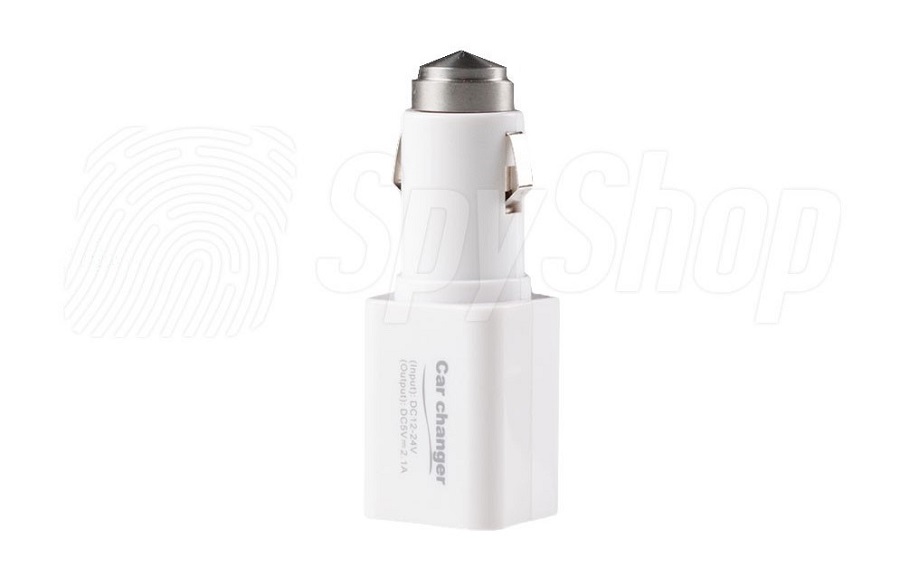 WIRETAPPING IN A CAR CHARGER

A wiretap in a power strip is a good choice for home use, but what about cars? Fortunately, also in this case we have an effective solution GSM45C – a wiretap hidden in a USB car charger. With this device you can easily eavesdrop all conversations taking place inside the vehicle. This is an excellent way to control a spouse who often goes on business trips or an employee who is entrusted with a company car. The device draws power from the vehicles electrical system.

The lack of camouflage in the A8 model – a wireless GSM eavesdropper – is compensated by its small size (about the size of a cigarette lighter), which makes it easy to hide it anywhere you want – in the office, guest room, bedroom or car. Two sensitive microphones allow you to listen within a 5-6 m radius, while the built-in power supply provides continuous listening for 3 h in continuous mode or up to 6 days in standby and voice-activated mode. You can also plug it into main supply for unlimited operating time.

MOUNTING AN AUDIO BUG IN ANY OBJECT

Sometimes its better to chose individual solutions. A radio in the living room, a picture frame in the bedroom, or a toy in the kids room? If you care about flexibility, decide for installation of an audio bug in any object – a service offered by Spy Shop.

Upon delivery of the selected object, one of the two wiretaps will be installed in it – radio or GSM, each with a powerful battery that can last up to 14 hours. The miniature size of the transmitter makes it possible to hide it practically in any object, so that it is invisible to outsiders. This gives you total freedom of action and the ability to choose the solution that best suits your needs.

Eavesdropping at home or at work is not so difficult, as long as you choose the right solution. By choosing GSM eavesdropping, you will gain an easy and effective way to discreetly obtain information, dispel doubts about your partner or control your babysitter. Just remember that eavesdropping is a very limited legal issue. Before buying a wiretapping device, it is advisable to consult a lawyer or a private detective. This will save you from unpleasant legal consequences.