In an era of increasingly frequent acts of terrorism and smuggling, walk-through metal detectors have become essential equipment at airports, courthouses and other public places. The ability to immediately check whether a passing person is not carrying a firearm or knife is a guarantee of safety. In todas s article, we explain how metal detectors work and help you choose the best solution.

Pirates of the skies

“The neccessity is the mother of invention”. – There is a lot of truth in this clich‘. Especially when the need is particularly urgent. In the period from May 1961 to the end of 1972 in the United States there was a real plague of hijacking passenger aircraft. The main reason for these “golden years of sky piracy” (as this time was later called) was the Cuban Revolution of 1959. After seizing a plane, the hijackers usually demanded that the pilots land in Cuba.

They hoped to get protection from Fidel Castro, who would welcome them as heroes of the revolution. Amused by the situation, Castro began offering to return each hijacked plane to the U.S. for “only” $7,500 apiece. Of course, this was not the only reason for the hijackings – they were also done for ransom or for political demonstration. Whatever the reason, the problem was extremely serious – at least one plane a week was hijacked in the late 1960s and early 1970s. 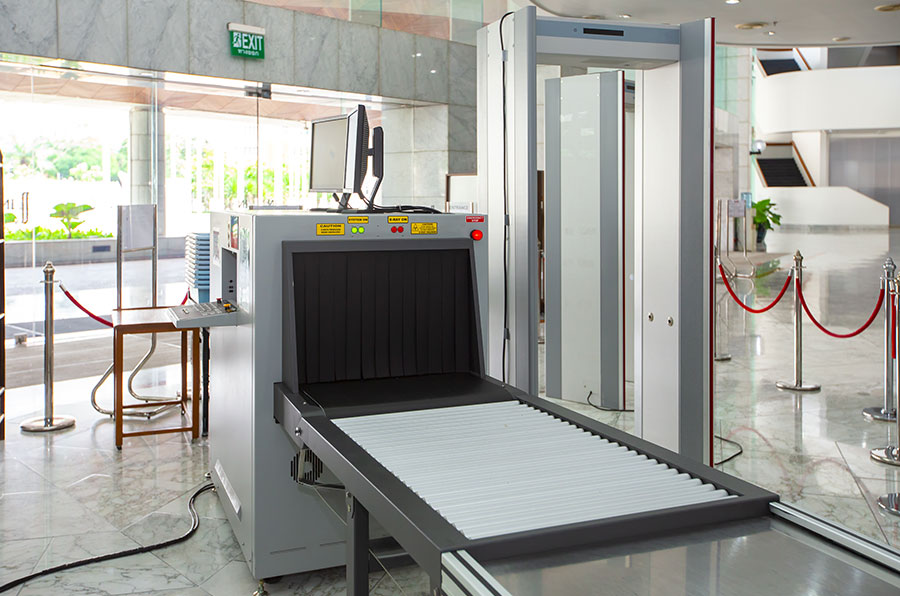 The situation in the US caused an understandable outbreak of panic among citizens. Especially since the response of the government and the carriers themselves were not very thoughtful at first. One way to remedy the situation was to… put boxing gloves on passengers to prevent them from keeping their weapons. Another idea was to build a fake airport in Havana, where the hijacked planes would land. Due to the enormous cost, the project fell through.

The growing scale of the phenomenon eventually led to a bizarre situation in which airlines began… helping the hijackers. The pilots cockpits were equipped with maps of the Caribbean, regardless of the destination of the journey, and the personnel were ordered to follow all orders. All this was done to minimize the risk of loss of health or life of kidnapped passengers.

When hijackings began to increase in the early 1970s, airlines finally implemented an effective solution. On July 17, 1970, Louisiana International Airport became the first airport to be equipped with a stationary metal detector. Although the idea was not applauded by carriers who feared accusations of invasion of privacy, it proved to be a great success. A few years later, the Federal Aviation Administration introduced a law forcing all airports in the U.S. to introduce mandatory screening with metal detectors and checking luggage with X-ray machines. This put an end to the “golden age of hijacking” and contributed to improved security at the world s airports and beyond. Metal detectors have also begun to be used in courthouses, jails, concert halls and many other public places.

How does a metal detection gate work? 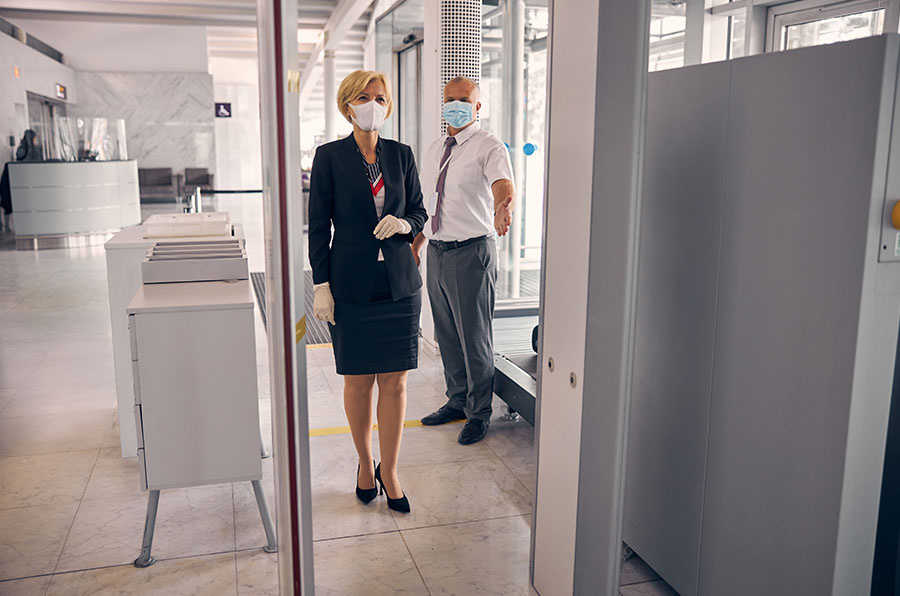 Security walk-through gates are equipped with coils that generate an electromagnetic field. This field is disturbed by metal objects worn against the body, which leads to their detection and activation of the alarm. The operator can adjust the sensitivity of the detector so that it does not react to small objects such as coins or a trouser lock.

At this point it is worth mentioning the issue of safety of detection gates. The electromagnetic field generated by the gates affects only for 1-2 seconds – such a short exposure to radiation does not have any impact on human health. The gates are also completely safe for people with pacemakers, pregnant women and children.

The American company Garrett has maintained its position as the world leader in the metal detector industry since the 1960s. The PD 6500i metal detection gate is another high-end model from this manufacturer. 33 detection zones are responsible for its high efficiency, which will precisely indicate the location of the hidden item. So it does not matter whether the weapon is hidden in the trouser leg, behind the trouser belt or in a shoulder holster. This, combined with adjustable sensitivity from 0-999 (allowing discrimination of non-hazardous items) and easy-to-use operation, provides a reliable means for efficient airport screening.

Control at concerts, conventions and outdoor sporting events requires a device with high weather resistance. The CEIA PMD2 Plus/EZHD is such a model – a security walk-through gate. The gate has a waterproof housing according to IP65 class and insensitivity to temperatures in the range of -20‘C to +70‘C. As many as 60 independent detection zones and Met-Identity technology, thanks to which the operator can determine the exact location, amount and type of detected metal, are responsible for detailed control. A practical walk counter and alarm indicator make it easy to control a populated area and prepare reports. 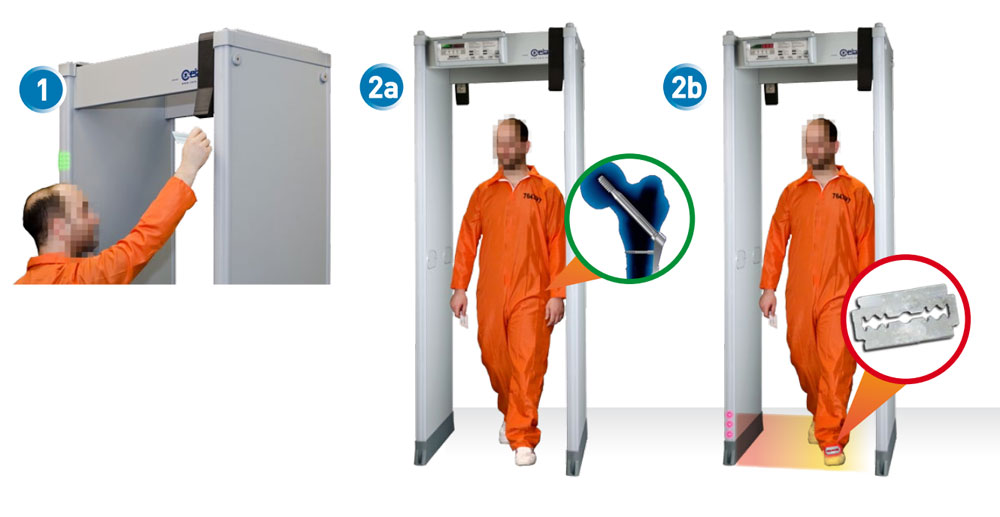 This model, manufactured by the Italian company Ceia, was developed for use in mints, jewellery stores and numismatic shops. Thanks to high sensitivity, the gate will thwart theft attempts of small objects, such as coins or jewelry, regardless of where they are hidden. Its additional advantage is the possibility of creating individual profiles for regular employees. In practice, the gate will not react to metal objects, which the memorized person always carries with him. SMD601 Plus has also a high resistance to electromagnetic interference and weather conditions, so it works well in any environment.

Finally, we present a model useful during the SARS-CoV-2 coronavirus pandemic. The SE20108 thermal imaging camera gateway combines metal detection with remote temperature measurement. The built-in thermal imaging camera will inspect a person passing by with an accuracy of 0.3‘C and check whether they are wearing a mask. It is therefore an excellent choice for sanitary protection in all public places, including schools, universities, workplaces and hospitals. Metal detection, on the other hand, is highly accurate with an adjustable sensitivity range of 1-255 and illuminated stripes that indicate the exact location of the detected object.