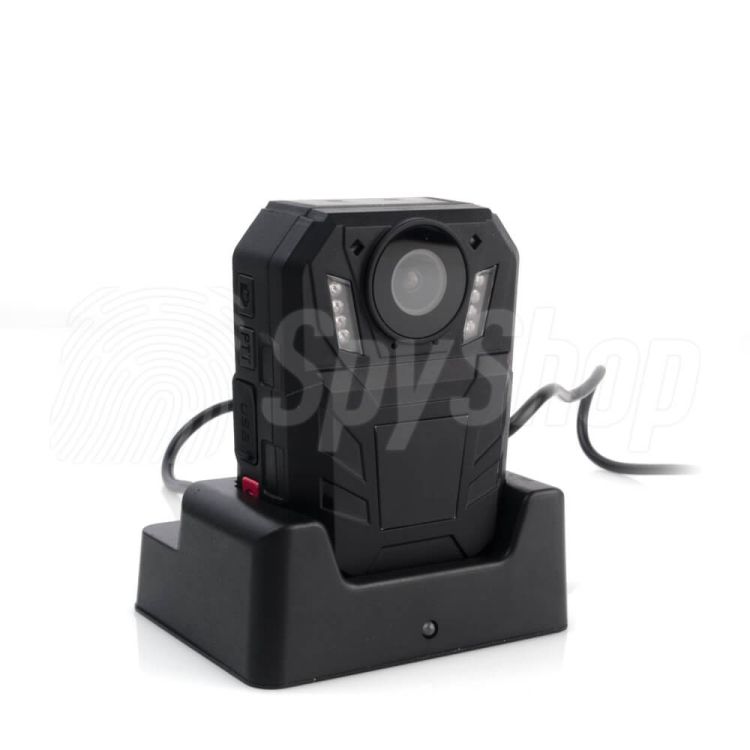 The body worn camera WA7D is a high class equipment designed for professional use of the law enforcement units as well as amateurs. The WA7D camera is often used by the police officers in order to document the evidence of crime.

The body worn camera WA7D is characterized by simple operation thanks to redable LCD display. The LCD display shows among other the current mode, in which the device is in, battery status, video resolution, storage life, video file mark, SD card storage, date and time as well as the user ID.

The body worn camera is powered with efficient 4000 mAh battery. It allows for continous operation up to 10 hours. The charging time of the battery can take up to 6 hours. The body worn camera informs the user about the low battery status by low indicators. The camera can be charged via attached USB cable in a socket or through a computer.

The device can by used in different operational modes depending if you want to record sound, image or both. The body worn camera offers 7 resolutions to choose from depending on the particular user's needs:

Video quality can be set in 3 modes: s.fine, fine and normal.

The body worn camera is equipped with motion detection function, which can prolong the battery life and save a lot of time. You do not have to spend hours on watching worthless recordings. The body worn camera WA7D can also take photos in a various resolutions such as:

The recordings of the body worn camera WA7D are marked with date and time and it can help to determine the validity of the collected evidence. The device can be used by many users thanks to ID setting function, which saves a particular configuration for each user.