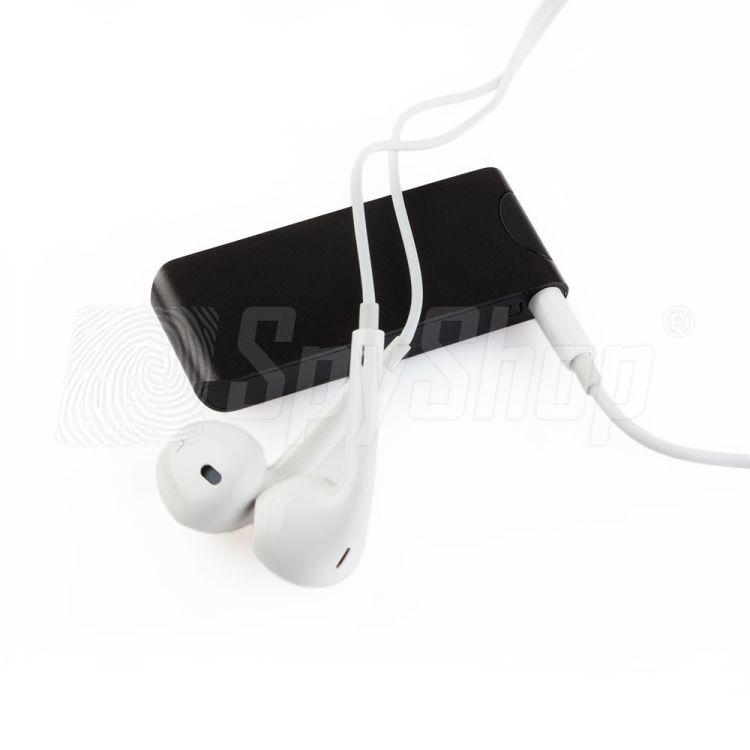 Discreet voice recorder DVR-309 with FM radio is a small-size device, which makes it possible to use it for inconspicuous taking of voice notes as well as for obtaining evidence.

Owing to miniature size of the DVR-309 discreet voice recorder the user can discreetly obtain reliable evidence. At the top of the voice recorder there is a sensitive microphone located, which is capable of capturing sounds within the range of about 8 m.

Remember!
Quality of the recorded audio footage depends on the used format as well as on the distance and the place where the DVR-309 discreet voice recorder is being used.

The device has a built-in battery which can be charged through a computer using the AC adapter with mini USB cable. Completely charged battery allows up to 10 hours of continuous operation. In continuous operation mode, the recorded audio footage is split into 2-hour files of approximately 170 MB each. The footage is stored in the built-in 8 GB memory.

The discreet voice recorder has a headphone input which enables listening to the collected audio footage directly on the device. This additionally makes it possible to record voice notes and playing them back right away. The device can serve as a music player as well. It’s also possible to listen to the collected recordings after connecting the device to a PC or a laptop computer using WAV file player.

DVR-309 is a small-size discreet voice recorder which can be easily hidden in a shirt pocket. In addition, a stable grip makes allows to fix the device e.g. to a belt, a ribbing, a shirt pocket or a jacket pocket. The device is extremely easy to operate and shouldn’t cause difficulties even to someone who doesn’t have daily contact with new technologies.