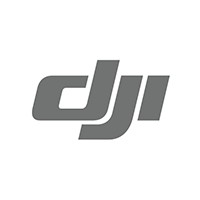 DJI was founded in 2006 by the then young Frank Wang, who turned his love of technology and flying objects into a business. Initially the company manufactured flight controllers, and only after a few years began working on drone development, launching its first equipment in the Phantom series. It was this prototype that helped DJI take a huge step towards development, which ultimately translated into skyrocketing success. The company's headquarters are located in the Chinese city of Shenzen, and its facilities are located in many countries in Asia, North America and Europe. Today, DJI is a leading manufacturer of drones, securing a near-monopoly advantage in this field in the international arena.

What contributes to the uniqueness of DJI devices?


"Creativity is the heart of every dream" is the company's motto, which perfectly reflects its character and defines the direction of its projects. Innovative solutions, cutting-edge technology enclosed in a striking package, constantly improving offerings and enthusiasm for the work contribute to DJI's huge success. Functional drones, which are the company's flagship products, are equipped with elements that capture clear and distortion-free images. Facilities such as intelligent flight mode or obstacle detection system are a huge advantage. They enable optimal operation, eliminating factors that adversely affect the quality of recordings. Sports camcorders and image stabilizers are also very popular. Their design guarantees the recording of high-quality, smooth and clear footage. Built-in microphone, functional software, as well as various modes of operation of the devices allow for comfortable and reliable use, even during heavy traffic.
Change display style
﻿