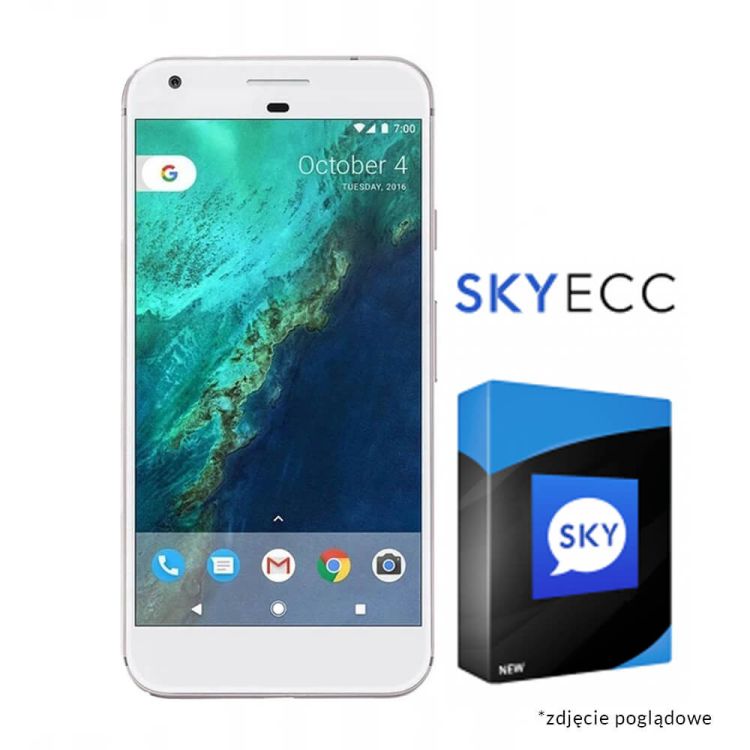 The Encryption software SkyECC dedicated for Google Pixel phone is a modern smartphone application that has become an advanced tool for counter-surveillance. Messages, stored files and contact lists are protected by three strong cryptographic standards that guarantee the highest level of protection against surveillance attempts. A range of practical features such as self-deleting messages and secure chat for up to 10 people is an added bonus.

Nowadays, communication via phones is risky - you never know if someone might try to intercept your messages or steal your stored files. How to protect yourself from this? The solution is the Google Pixel secure encryption phone with the SkyECC encryption app. All the messages you send with it are protected with a triple-standard cryptography, so you can be sure they won't be intercepted by unauthorised people. It also protects files stored on your phone, ensures the safe use of other applications and allows you to send self-destructing messages. So if you want to use your phone safely, choose a Google Pixel smartphone with SkyECC!

IMPORTANT!
Remember that secure communication is only possible between SkyECC applications and the older PGP program.

Key features of a phone with the Encryption software SkyECC: