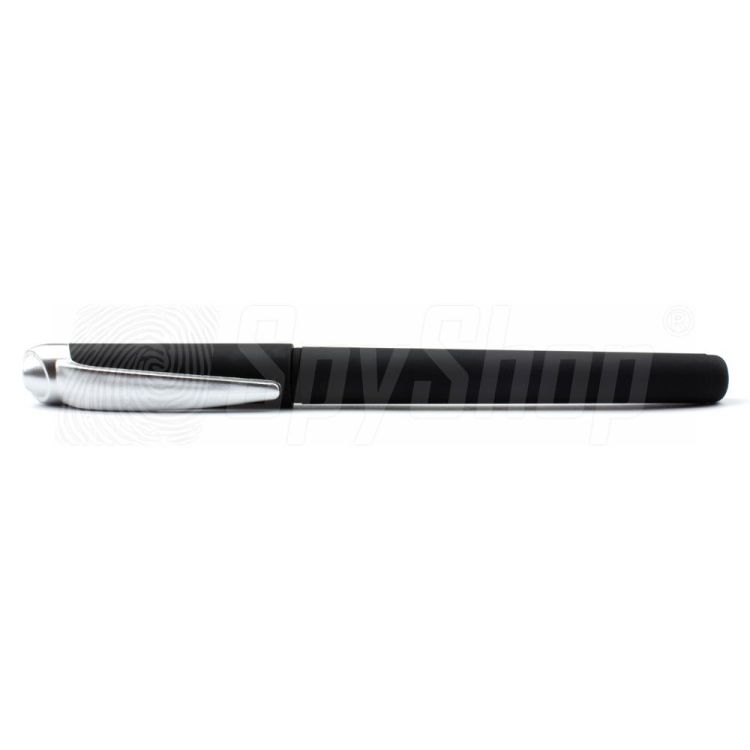 The UV Pen is a perfect tool which can protect documents, transfer confidential information in an invisible way or will be an ideal solution in identifying the marked object.

Notes will leave no trace on paper which guaranties protection of information, without the possibility of them getting into the wrong hands. The appearance of an ordinary gel pen guarantees discretion of use in any situation. The INK Pen writes in the same way as other pens, does not require pressing, thanks to which it will not leave characteristic imprints on paper, enabling to re-create written words. The complete disappearance of ink occurs after 24 hours from taking notes, however, words are invisible after just 1 hour, and 15 minutes is enough to see the beginning of the INK Pen operation. It is not possible to identify the notes (even in the UV light) by studying paper on which the spy pen was used. Specialised gel formula was made and used during the Cold War period by employees of the Russian KGB intelligence. Finally, it was made available and is distributed on the civil market. Data regarded as sensitive and confidential can be now transferred and stored in a very safe way for short time without the fear of being used by the wrong person.

Warning!
The pen cannot be used to sign documents and contracts.

Comment : The ink really does vanish, I havne't checked how much time it takes though
Report abuse

Comment : funny spy7 gadget but I wouldnt use it in real life
Report abuse

Comment : The ink really does vanish, I havne't checked how much time it takes though
Report abuse

Comment : my hubby simply loves it and plays with it like a kid. Everytime someone visits us he takes it out and performs "the trick". I'm getting a bit bored with it ..
Report abuse

INK Pen with disappearing ink
By JEss B.
4

Comment : Great and extraordinary idea for a fancy gift for an amateur detective
Report abuse

UV Pen - a pen for marking objects and secret notes