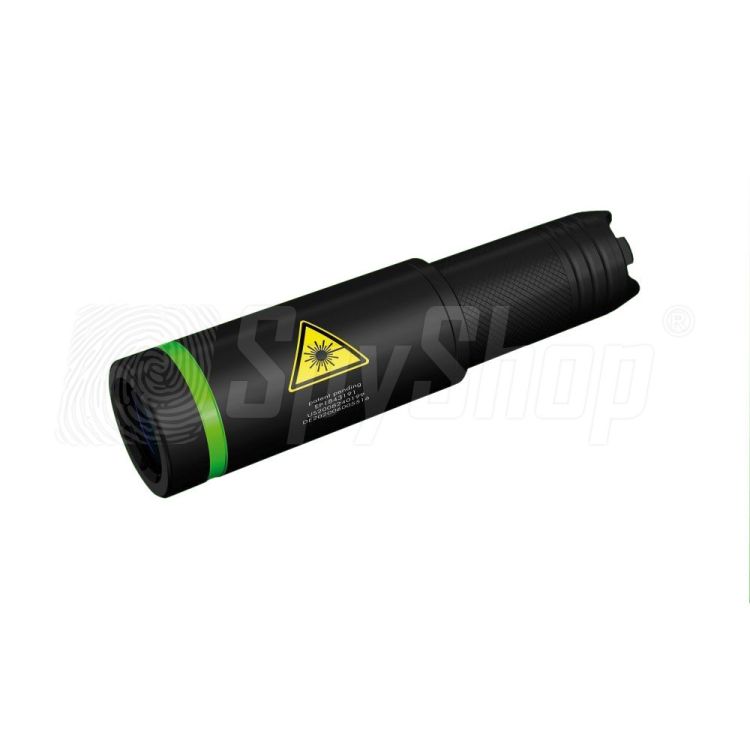 The ir illuminator for night vision scope LA 808-150 II is equipped with an optical collimator patented by Laserluchs, a reinforced casing, a button securing a device from an accidental turning on and silent working mode.

The ir illuminator for night vision scope LA 808-150 II made by the German company Laserluchs due to its universal construction cooperates with night vision devices of all generations. The first class laser produces an IR beam which is 100% safe for both an eye of a human and of wild animals. A human eye can see a beam of infra-red light limited to the 780 nm wavelength, while the LA 808-150 II generates a 808 nm wavelength beam. This IR light invisibility enables a user to freely find a hiding in a thicket and not to be bothered with a risk of exposing his location. The 808-150 II model works in a silent mode, as well as it's equipped with a silent power switch to prevent a device from an accidental switching on. The device is powered with one replaceable CR123A battery of extended capacity.

This IR illuminator is designed for the professionals during tactical activities, as well as for hunters or wild nature lovers active at night. When it's used together with the high class night vision devices made by American Armasight company or by Canadian GSCI, nothing will be able to miss observers' attention.

Manufacturer's warranty
The manufacturer grants 10 000 hours lifetime for its IR illuminator, confirming this by issuing with the 3-year-warranty on a device.

Laserluchs is a German manufacturer of IR illuminators for night vision devices of all generations. The manufacturer pays a special attention to a choice of the appropriate components and elegant design. Therefore, the products from Laserluchs are characterized by an excellent...

Comment : surely solid equipment what is proven by: long guarantee period,, high resistancy to dust and water, silent operation of the illuminator and Reinforced focussing dial. I assure you that you won't regret this purchase
Report abuse

Comment : it matches a few night vision devices that we have so we borrow it to one another as needed
Report abuse

Comment : good gear . I recommend to also get the Dimmer to control brightness
Report abuse