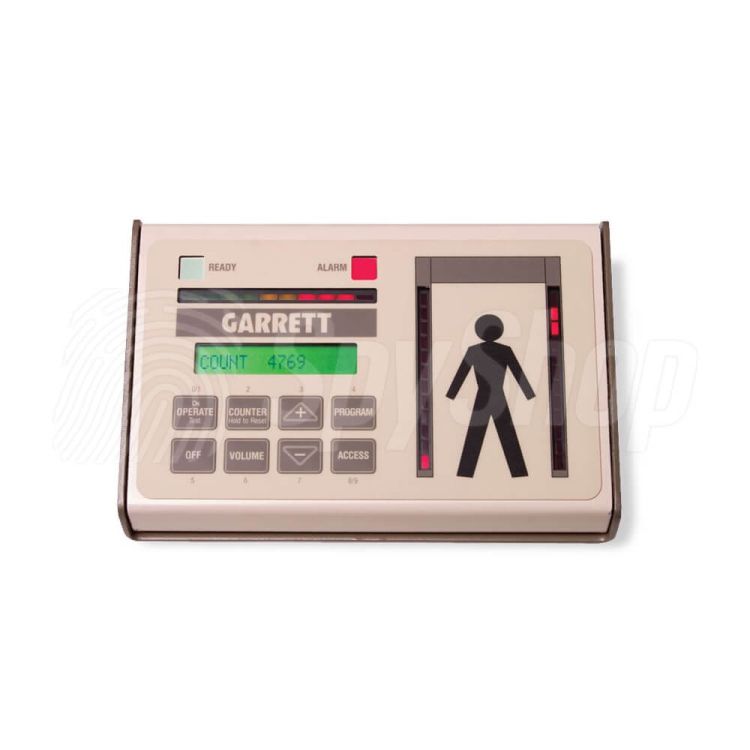 A portable control panel for the Garrett PD 6500i detection gate with detection zones and a range of up to 15 m.

The remote control panel for Garrett PD 6500i Gateway gives you the ability to operate the device from a distance. The panel contains detection zones corresponding to the zones of the gate. The operator is informed in which part a metal, potentially dangerous object has been smuggled.