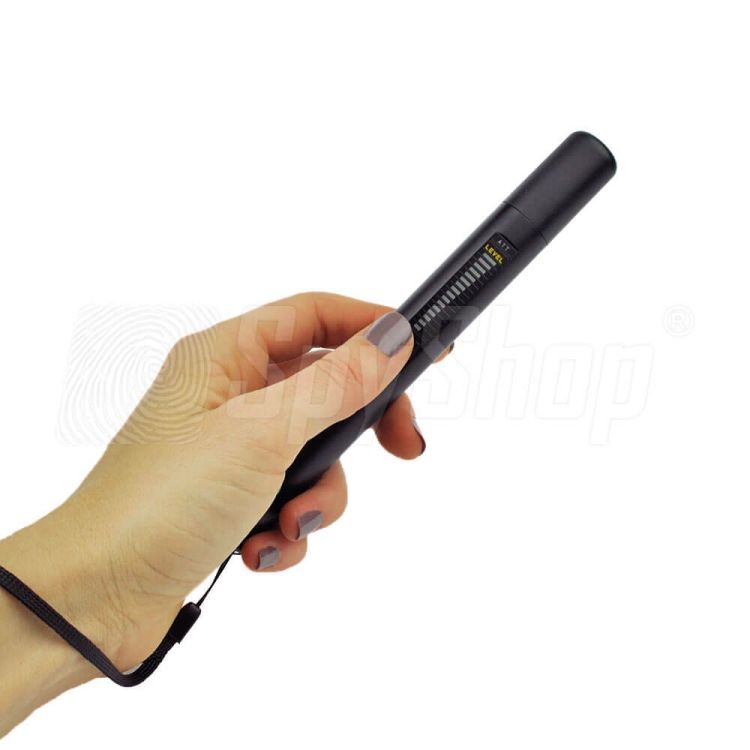 Spy camera detector Protect 1205 for counter surveillance is a handy wiretap detector which, despite its small size, has the same features as other Protect series detectors – high sensitivity, high effectiveness, simple operation. The device enables the user to detect various kinds of radio transmitters, as well as wireless video cameras and mobile phones.

Spy camera detector Protect 1205 for counter surveillance is a follower of the well-known model Protect 1205M. The shape of the new model very much resembles a metal detector, so it is as inconspicuous as the previous model was. Hand-held detectors Protect respond to the needs of people who are concerned about confidentiality of business or private data as nowadays any civilian user has an unlimited access to listening devices, mini video cameras and other surveillance equipment.

Sensitive band coverage of 50-6000 MHz allows to diagnose whether there are any surveillance devices in the nearest vicinity, including wireless mini video cameras, GSP locators, GSM wiretaps or any other kinds of radio wiretaps. The Spy camera detector Protect 1205 helps to increase security of confidential information during business talks, in conference rooms, offices as well as in apartments. The device features a larger 16-elements signal strength meter. Vibration function will notify the user of the detected signal so there’s no need to take the device out of the pocket.

The Spy camera detector Protect 1205 for counter surveillance is equipped with a pulse transmissions indicator which enables to detect short impulses. LED lighting scheme on the 16-element display depends on the signal power – the closer to the transmitter, the higher the scale on the display is. The ATT damping button is especially useful in the environment where there is high electromagnetic noise. The damping function decreases the sensitivity which lead to lower rate of false-alarms. The small size of the Protect 1205 spy camera detector makes it very handy and possible to carry around at all times.

The Spy camera detector Protect 1205 for counter surveillance is powered by AA battery, which allows for about 10 hours of continuous operation and about 18 hours in stand-by mode. The electronics have been enclosed in an elegant reinforced black aluminium casing. Protect 1205 resembles a small metal detector so it doesn’t arouse suspicions.

Comment : very elegant and highly discreet, looks more like a wand from Harry Potter then real counter surveiilance gear but this is a plus of it .
Report abuse

Spy camera detector Protect 1205 for counter surveillance
By Alex B.
5

Comment : I am more than one satisfied cuastomer as this baby is even better than I thought! Biggest plus for the ability to detect both digitial AND analogue bugs. With Protect 1203 you can stay safe and bug free!
Report abuse

DigiScan Delta 100 X 4/12G system for detection of wiretaps, micro cameras and other...