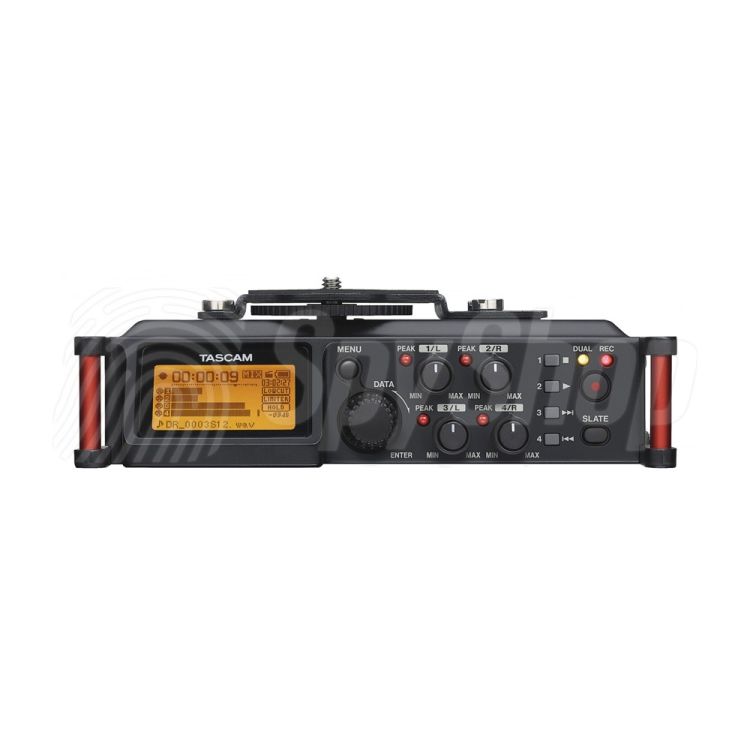 The Tascam DR-70D is a professional recorder for DSLR users to record high-quality audio with video. The ability to mount on the camera shoe allows you to create a compact set.

The Tascam DR-70D has two microphones that are ready for immediate use. In addition, it has four XLR/TRS jacks, which, when used with professional microphones, produce sound of incredible quality. In addition, it is possible to output the audio signal directly from the camera and monitor it with the recorder.