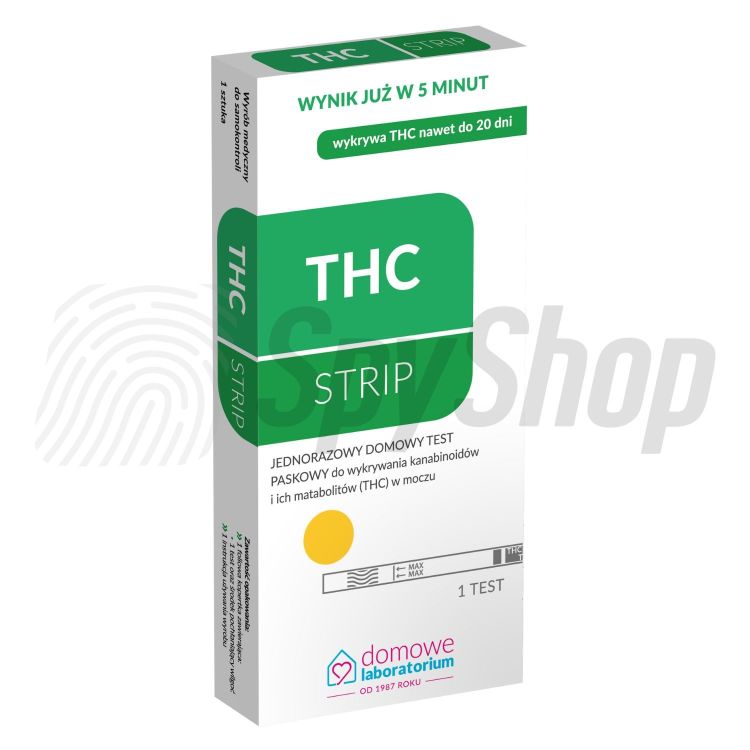 THC-Strip drug test for the detection of marijuana and hashish

THC-Strip home drug test for detecting marijuana in the body

THC-Strip is a simple and reliable test that screens for the presence of THC in the body. The ease of testing allows you to perform the test at home without the need for a third party.

The consumed part of marijuana is a green or green-brown mixture of buds and leaves, while the hashish has a plasticine-like consistency and consists mainly of resin secreted by the plant. The most commonly confirmed effects of marijuana smoking in scientific studies are adverse effects on the brain.

Effects of smoking marijuana and hashish

Physical symptoms that occur when THC is ingested

THC in body
The metabolite THC remains in the human body for up to a few days while THC in the blood is detectable much longer even up to a few weeks.

It is important to remember that every person reacts physically differently to drugs, so the best way to find out if your child is under the influence of marijuana is to perform a THC-Strip Home Lab strip test. Performing the test is very simple, and you will get a test result within 5 minutes of taking a urine sample. When done correctly, the test gives a result that is 99% reliable, as there are readily available chemicals on the market that give false results when mixed with urine.

Drug tests for detection of other narcotic substances

Hydrex is a company that has implemented to market the brand "Home laboratirum" specializing in the production of tests for home diagnostics.