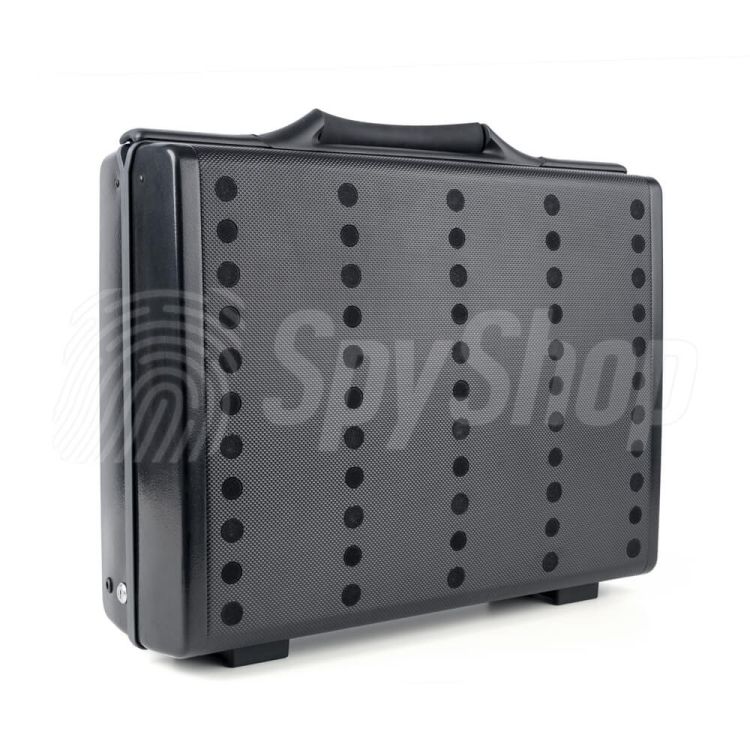 The White Noise machine CASE ULTRA-05 is a professional generator of ultra sounds which provide protection against surveillance by means of microphones, sound recorders of all kinds, microphones built-in mobile phones and video cameras. Operating range of the white noise machine is between 1 and 3 m. CASE ULTRA-05 generates the so called white noise which is inaudible for human ear and at the same time effects all microphones and digital, analogue, seismic and optical wiretaps. The generated noise is not artificially imposed on recordings, that is why the services such as “recordings denoising" are not a threat, and the recorded material is completely useless.

CASE ULTRA-05 white noise machine features robust construction and simple operation. The briefcase cannot be open and the access code is for visual purposes. This device has been designed for businesspeople who require confidentiality of their conversations or business negotiations.

It effectively jams wiretap equipment and recording devices such as:

Audio jammer Infratornado 2200 from Selcom for jamming of microphones, dictaphones,...

Ambient noise generator MNG300 for protection from all types of eavesdropping