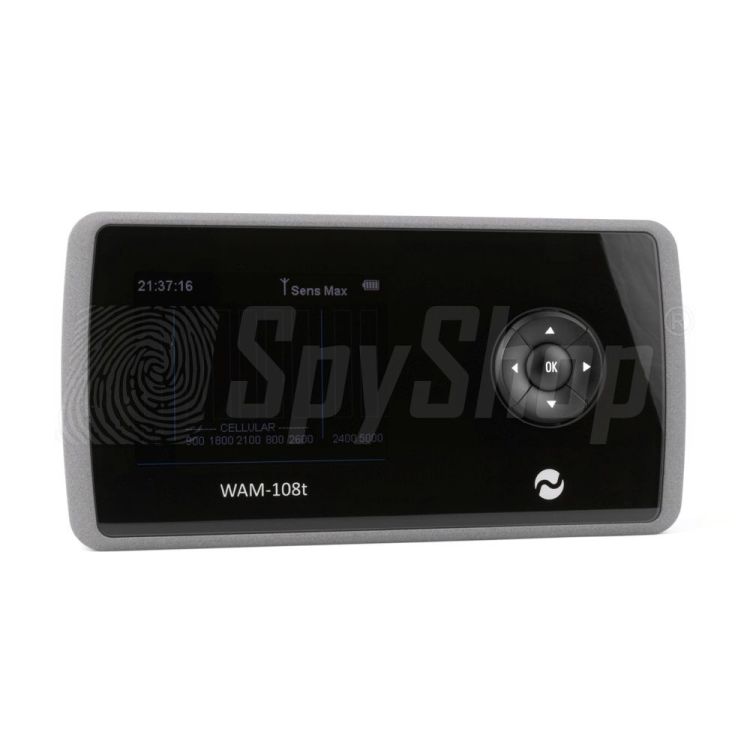 JJN WAM-108T is a multiband manual scanner of wireless transmissions that features functionality, advanced technical parameters and reliability. Enables detection, localisation and recording data of all kinds of radio frequency (RF) activity in a very wide range of coverage from 10MHz to 14GHz. It is perfect for detecting video cameras and wiretaps.

The wireless activity monitor JJN WAM-108T has been designed for intercepting and tracking transmission with the use of standard radio communication methods as well as the latest and more advanced high-frequency technologies. The wireless activity monitor is powered by a highly efficient battery Li-Poly allowing for long-time operation. The JJN WAM-108T enclosure is made of aircraft grade aluminium which guarantees high durability and damage resistance. The detector kit for detecting cameras and wiretaps comes in reinforced carrying case that meets military requirements.

The wideband scanner JJN WAM-108T has been designed and made in the UK. The product guarantees quality, superior technology as well as excellent technical and functional parameters.

Spytechnology JJN Digital is a brand which belongs to JJN Electronics Limited. It was founded in 1996 in Great Britain . It is a leading producer of supervising equipment and anti-spy appliances . It is an innovative and dynamic company which designs and produces its appliances...

DigiScan Delta 100 X 4/12G system for detection of wiretaps, micro cameras and other...