Treasure hunting and metal detectors gain more and more enthusiasts every year. It is not only a great excuse for outdoor activities, but also an opportunity to gain valuable finds. In this article, we answer the most frequently asked questions related to metal detectors and their practical use.

How does a metal detector work?

Metal detectors work by detecting the electromagnetic field that is emitted by any metal object lying in the ground or in another object. With the help of a probing coil, the metal detector locates the find and indicates it by sound or vibration. The frequency and intensity of the signal enables the searcher to pinpoint the find. More advanced locators such as the Nokta Simplex + are additionally equipped with the practical PinPoint system, which consists of a graphical display of the find via an LCD screen. 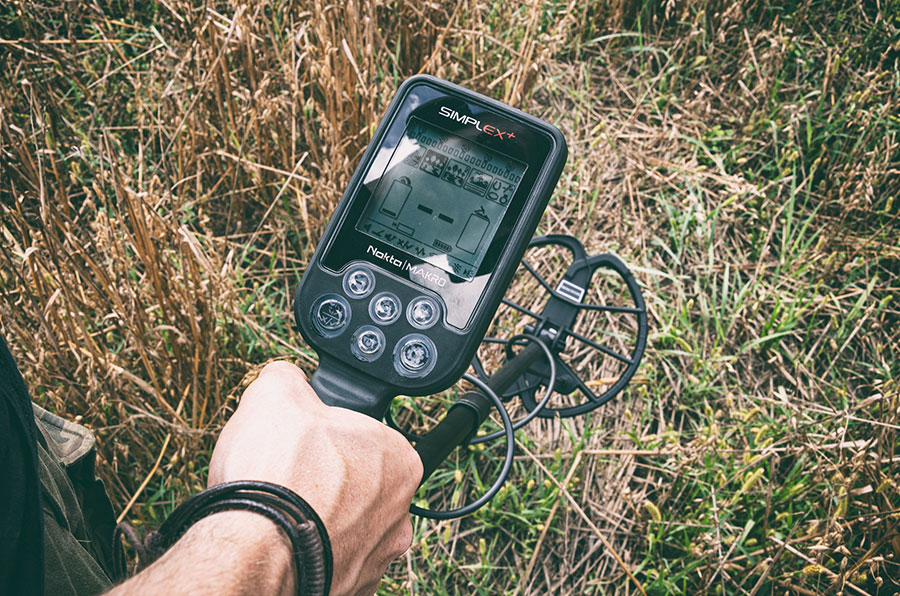 The issue of the legality of prospecting is not so simple. Law allows prospecting of historical monuments only upon obtaining a relevant permit. The lack of the permission may result in a fine or even restriction or imprisonment of up to 2 years. At this point it is worth pointing out to some imprecision in the regulations.

The law does not prohibit searching for a lost personal item (e.g. keys, jewellery) or seemingly worthless objects such as cans, modern coins or bottle caps. There is also no unambiguous definition of a historic monument, which leaves a lot of room for interpretation. In practice, proving guilt in such situations can be very difficult. Nevertheless, it is worth applying for a permit – details and a list of necessary documents can be found on the website of the relevant WUOZ. More on the legality of metal detectors is written in this article.

Where can I not search?

First of all, it is necessary to avoid archaeological sites where objects of historical value may be found – their excavation may not only damage them, but also deprive them of their historical context. Activities in national parks and military training grounds are also prohibited. Starting prospecting on private land requires the owner s permission, while in forests you need the permission of the forest inspectorate.

Instead, searchers can operate on beaches, avoiding dunes, cliffs, fishing harbours and ports. However, they must remember to leave the beach undisturbed and not to disturb other people. It is also important to mention that during the search you may come across potentially dangerous objects such as ammunition, weapons and unexploded ordnance. When these are found, the police should be informed immediately.

What is the range of metal detectors? 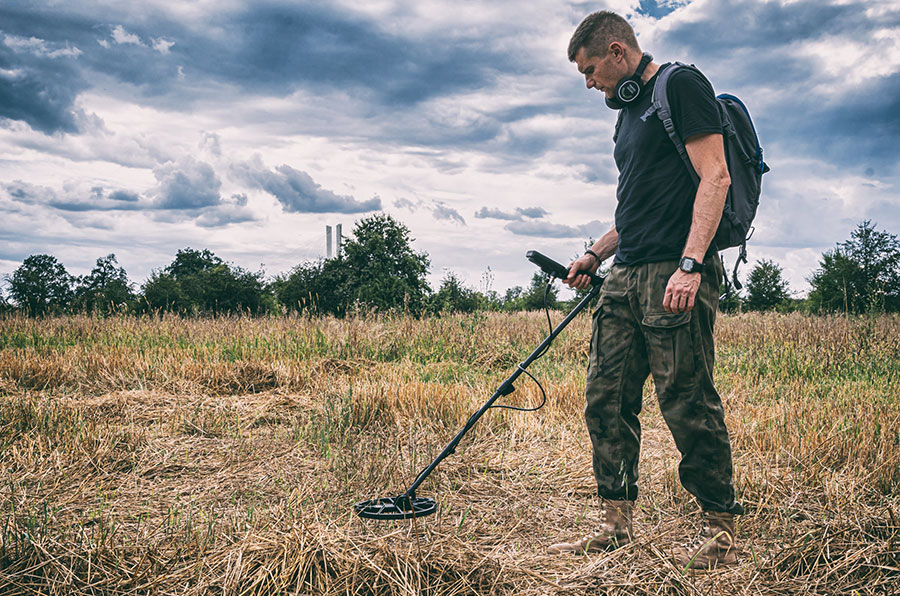 What is tuning to the ground used for?

The type of soil has a great influence on the detector s performance. Salts, iron particles and other minerals in the ground create an electromagnetic field which masks signals from metal objects. These

Can the metal detector identify my find?

Yes, and in several ways. By far the most common is the tonal object identification system. The specific signals coming through the earphones then correspond to the relevant metal type – e.g. silver, aluminium or iron. An increasing number of modern detectors also feature digital identification in the 0-99 range, which usually covers all metal types. This is done via the LCD screen.

What is metal discrimination and how does it work?

Discrimination is the ability to distinguish potentially valuable finds from rubbish made of steel or iron such as cans or caps. It works based on the conductivity and/or ferromagnetic properties of the objects detected. The detector emits tones corresponding to specific metals while not reacting to “unwanted” objects. The most common type of discrimination is called “variable discrimination” and is adjusted using a rotary dial. More advanced selective discrimination allows the acceptance or rejection of a selected type of find.

What effect does frequency have on a search? 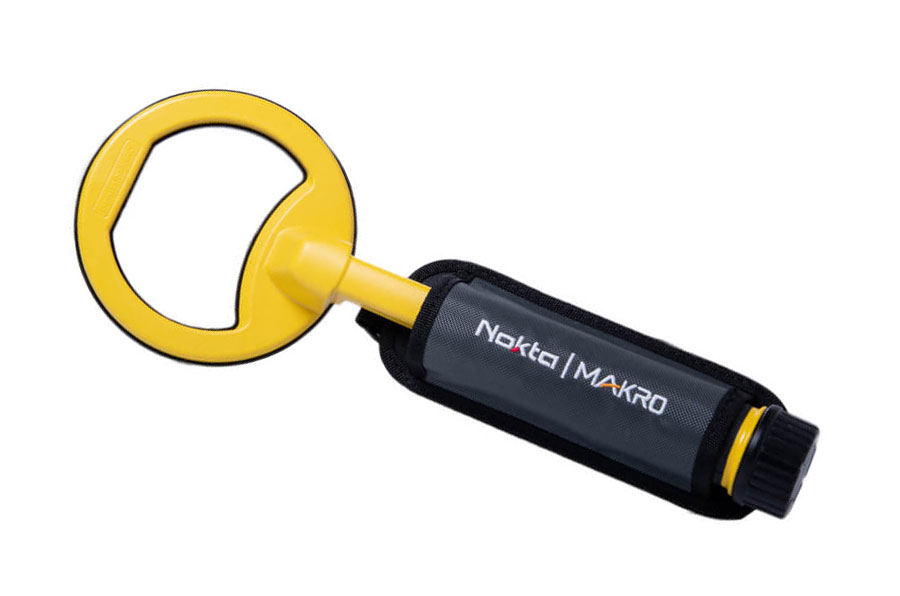 What effect does frequency have on a search?

Frequency is one of the most important parameters for metal detectors. It is responsible for the accuracy of detecting objects of different sizes. Low frequency waves make it easier to find large objects buried at greater depths, while high frequencies help identify smaller objects. If you want versatility invest in a so-called multi-frequency detector such as the Garrett Apex. It can operate in one of several frequencies: 5, 10, 15, 20 Khz or all of them at once.

Underwater Metal Detector ‘ is it possible?

Almost every metal detector has a waterproof coil suitable for use in rain or snow. However, a probe alone is not enough for underwater exploration. A detector with a fully waterproof design is required for this task. An example is the Nokta PulseDive handheld detector, which can work at submersions of up to 60m.