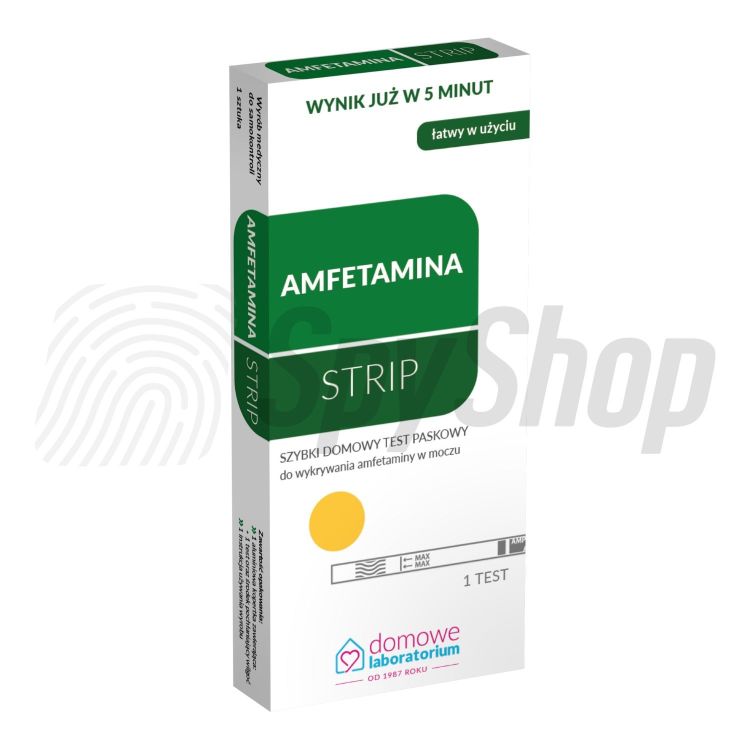 Amphetamine strip is a disposal, home test to test urine for amphetamine. The test is very simple to perform and the result obtained is 99% reliable.

Amphetamine commonly known as fat, powder, white is an organic chemical compound in the form of a white, odorless powder with a tart, bitter taste. Amphetamine is a drug that affects the central nervous system and is psychologically and occasionally physically addictive.

Amphetamine, like any drug, is addictive, but in this case a person can become addicted after the first exposure to the drug. If you notice any of the above symptoms in the behavior of your child or a person you care about, it is worth conducting a home drug Amphetamine strip test to dispel any doubts.

Physical symptoms that occur after consumption

AMPHETAMINE IN THE BODY
Amphetamine compounds remain in the human body for up to 3 days..

It should be remembered that each person, depending on his or her predisposition, behaves differently after taking the drug, so the best way to check whether your child or partner is under the influence of amphetamine is to conduct an amphetamine strip test-Strip Home Lab. The test is very simple to perform and the test result is obtained as soon as 5 minutes after testing the urine sample. Please note that the test gives a result that is 99% reliable, because there are chemicals available on the market that can falsify the result when mixed with urine.

Drug tests for the detection of other drugs

Hydrex is a company that has implemented to market the brand "Home laboratirum" specializing in the production of tests for home diagnostics.