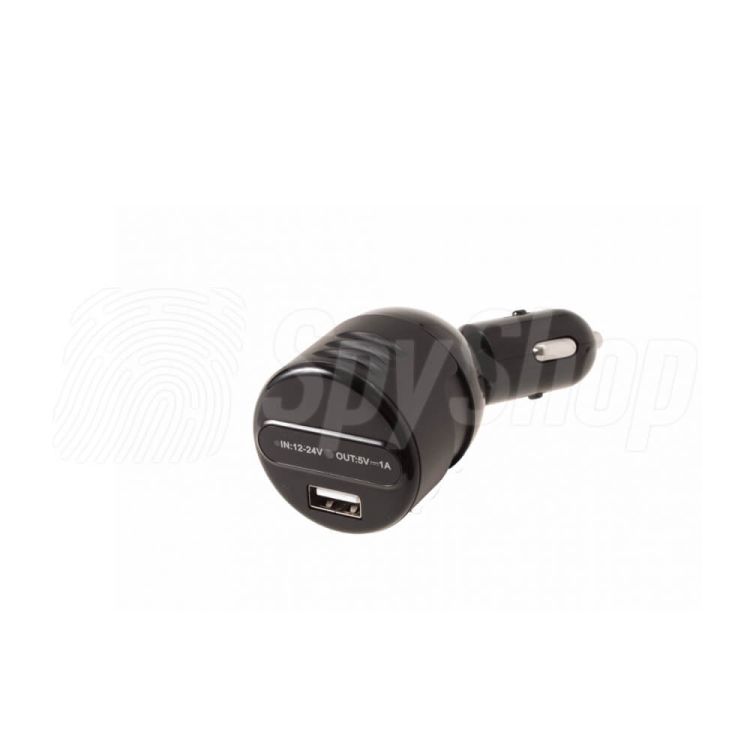 The car camera recorder for recording events PV-EG20CL is hidden in a car USB charger. A great advantage of the device is the possibility of setting the appropriate angle of registration and an IR illuminator which allows work also after dark.

The Lawmate PV-CG20 car camera recorder is the next stage of a very well-received model PV-CG10. The PV-CG20 car camera recorder in a charger is a discreet device with practically unlimited operation time. I is possible thanks to two factors. One is the constant power supply provided directly by the car's battery. Even after removing the key from the ignition, the camera can work for a short time. Another feature that enables such a long operation time is the use of memory cards with the capacity of up to 128 GB! It makes it possible to collect many hours of recordings without the need to replace the card. Among other improvements in the PV-CG20 model, the newest and the most crucial feature is the IR illuminator. It enables collecting video footage in a car in a total darkness.