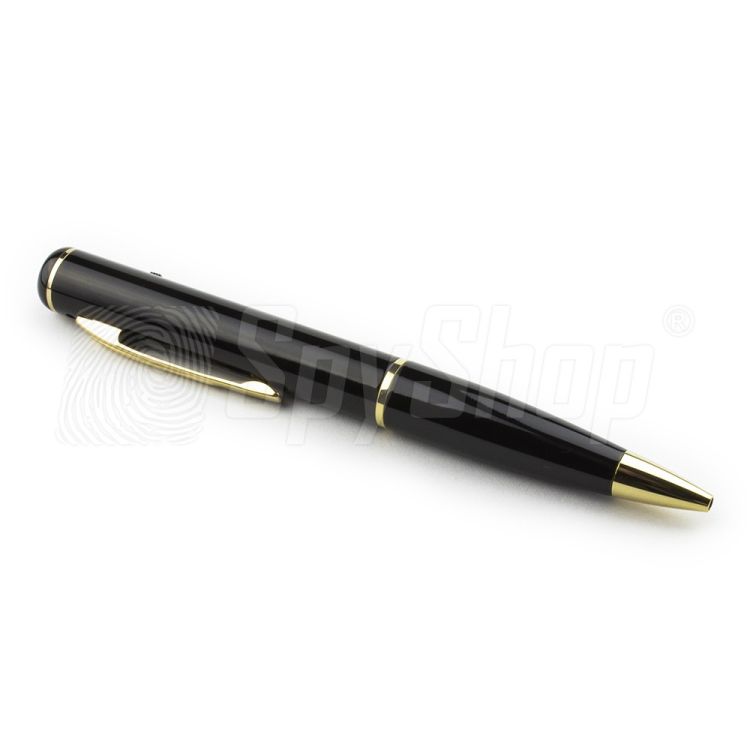 Micro HD camera CAM-3 HD hidden in a pen is a product addressed for amateurs as well as professionals. Thanks to modern design this video reorder HD is both stylish and pracical.

<The mini HD camera hidden in a pen is a modern and practical video recorder that does not arouse suspicion with its appearance. Interchangeable cartridges allow it to be used also as an ordinary pen.

The length of the recordings depends on the type of power supply. The working time of the device is up to 1 hour with a charged battery. It is also possible to connect it to mains power or via a USB adapter to a laptop, in which case the working time is unlimited. The HD camcorder communicates with a computer via a USB interface, allowing quick video ripping and playback.

The product is recommended to users looking for good spy equipment, discreetly hidden in an elegant pen with HD camera.

Comment : would be even better if it could take photos as well
Report abuse

Comment : what's importnant, it is also a functional pen what lowers the risk of getting caught red handed to almost a zero. Quality of footage is tolerable, especially as for a cam hidden in a pen .
Report abuse

Comment : Looks like an ordinary pen but it's not :D :D :D It is extraordinary, useful gear. Small Minus for short operation time.
Report abuse

Comment : this was a perrfect gift for my partner who is a James Bond's fan :D :)
Report abuse

Comment : quality is so-so but adequate to my surveillance purposes .
Report abuse

Comment : Had to acquie proofs of my partner's disloyality and thanks to the Detective store and this amazing hidden cam I succeeded. I would definitely recommend it.
Report abuse

Comment : Inconspicious cam that can also be used as a normal pen – WOW!!!!!!
Report abuse