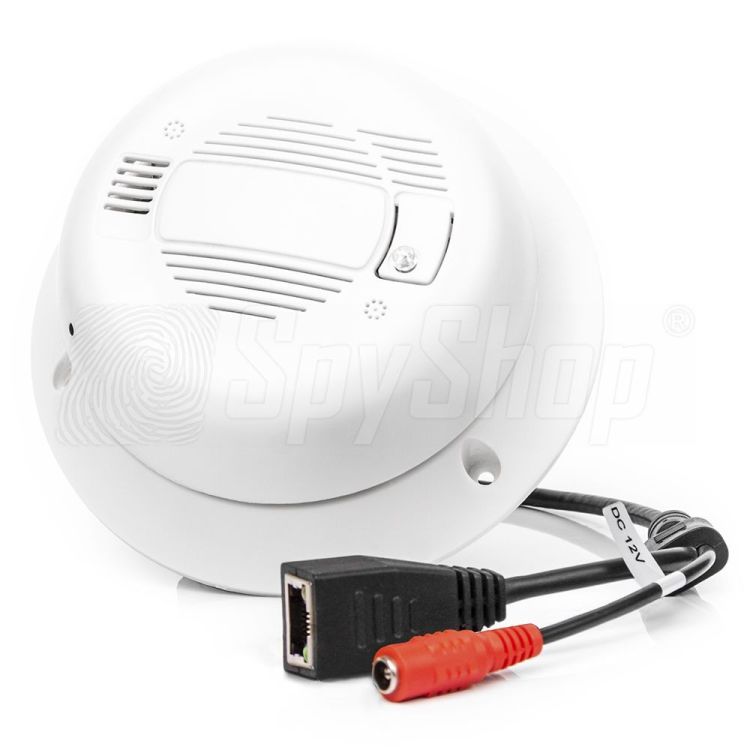 A very functional camera hidden in a smoke alarm, allowing to access the camera feed remotely.

Recordings can be transmitted and watched "live" thanks to WiFi Internet connection (sensor must be properly configured and placed within a router's range), or through an Ethernet cable. It is possible to save recordings to a microSD card of up to 128 GB capacity, or to upload files to an FTP server. Access to recordings from any place in the world is enabled by special software, compatible with desktop computers, laptops, tablets or smartphones (Android, Blackberry, iOS).

The camera with WiFi access can record video material either continuously (using an additional charger), or upon activation of a motion sensor, which allows to save space on the memory card and omit insignificant moments in a recording. The smoke alarm camera camera camouflaged in a smoke detector is a perfect solution for private rooms as well as offices or warehouses.

Comment : fine product that works well, only disadvantage is that the charger for it has to be purchased separately :/
Report abuse

Comment : the most important thing for me is the live view and here, thanks to the Wi-Fi module, I have the ability to see in real time what's going on.
Report abuse

Comment : Great that it doubles as a real smoke detector. Instead of buying two types of devices for my warehouse I bought this and have two in one - a highq quality secret surveillance cam and a smoke detector :D
Report abuse

Comment : You need to monitor your employees but you don’t want them to know? Get this concealed cam!
Report abuse

Comment : works great as a cam, but it is also fully functional smoke detector …..
Report abuse

Comment : I installed it in my warehouse and thanks to live recording I can observe what’s going on while sitting in my office
Report abuse