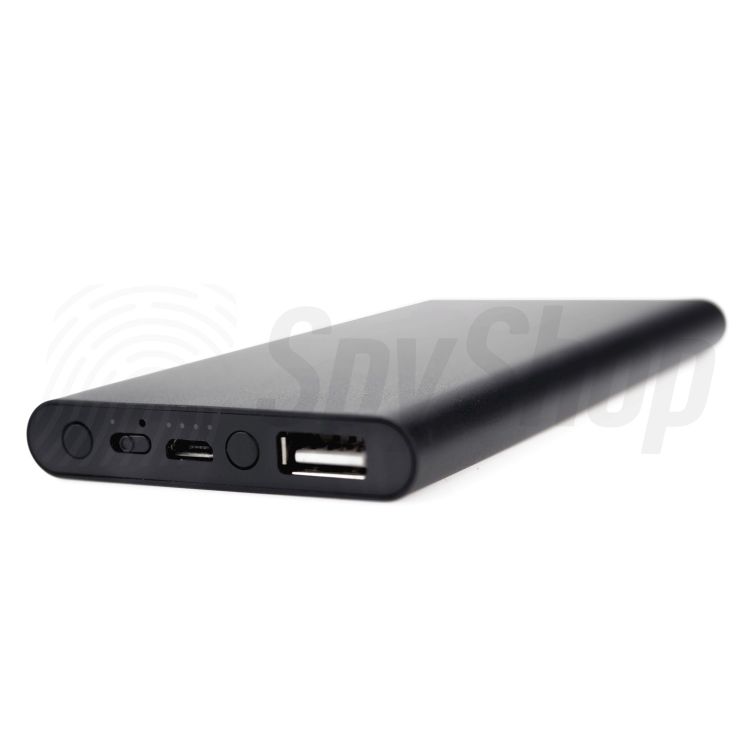 Dictaphone in a powerbank - AT Power

AT Power is a multifunctional gadget for businessmen, journalists and students. A discreet voice recorder, mobile charger and storage media in one, it does not arouse suspicion while recording, plus it is a powerful power bank for your phone.

AT Power combines the functions of a professional audio recorder, powerbank and memory carrier. With its sleek design and full recording discretion, you will record a business meeting, lecture, conference or interview without arousing suspicion. You never need to use your phone's voice recorder again. Not only will you save its battery this way, but you will also have a powerful power source on hand. AT Power charges devices and records simultaneously.

The PowerREC voice recorder turns on at the press of a button or automatically when it detects your voice (VOR function). This saves its memory and your own time, which you would have to spend skipping periods of silence. Two sensitive microphones capture sound at a range of more than 7 meters, 360°. Technological noise reduction guarantees clear, high-quality recordings even in larger rooms or during noisy meetings.

Each recorded sound is marked with the exact date and time. The intuitive time signature function not only makes it easy to organize recordings, but also increases their credibility, for example during divorce hearings.

In this unprecedentedly lightweight design (only 140 grams), it houses 5000mAh and 8GB of memory, which can hold about 141 hours of mp3 recordings. AT Power runs for up to 15 days on a single charge. Four green LEDs indicate the status of the battery - each corresponds to 25% of its power.