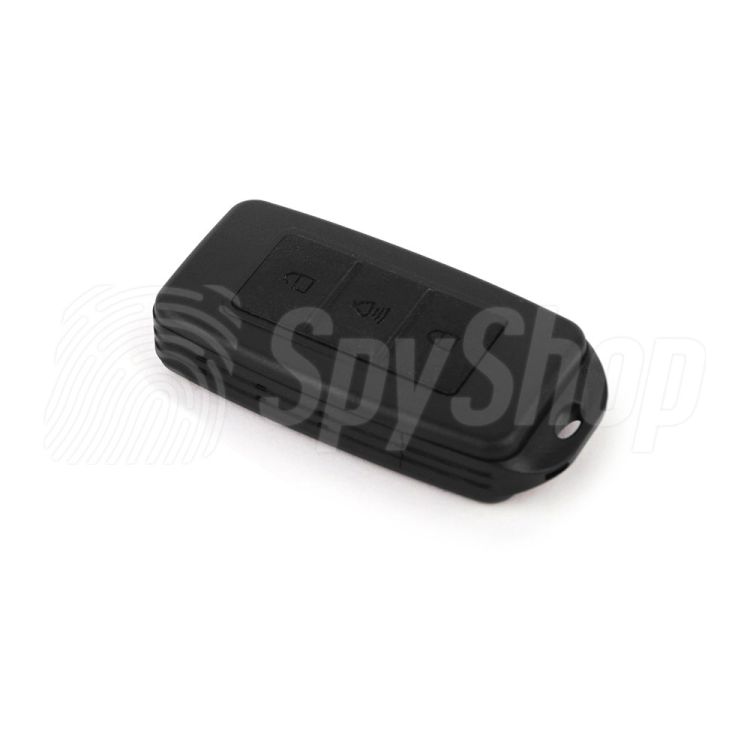 The secret voice recorder features a very useful voice activated recording mode, which starts recording only after detecting sounds of a certain intensity. Thanks to such a solution, the user avoids recording irrelevant material.

The car key recorder is equipped with a sensitive microphone, which collects sounds of a conversation from the distance of 10-15 meters. Recordings are stored in a flash memory with capacity of 2 GB, which is enough for approximately 37 hours of recordings.

Automatic activation can be switched on and operated by just three buttons on the pilot. With fully-charged built-in battery it can work for as long as 15 hours. LEDs indicating the device operation are hidden under a discreet cover. The signalization mode can be changed to vibration, or switched off when needed.

Note!
The key seen on the photo is not a part of the set

Comment : With this James Bond’s car key it was easy enough to proof, that my husband was cheating on me. Oh well, money well spent I suppose…
Report abuse