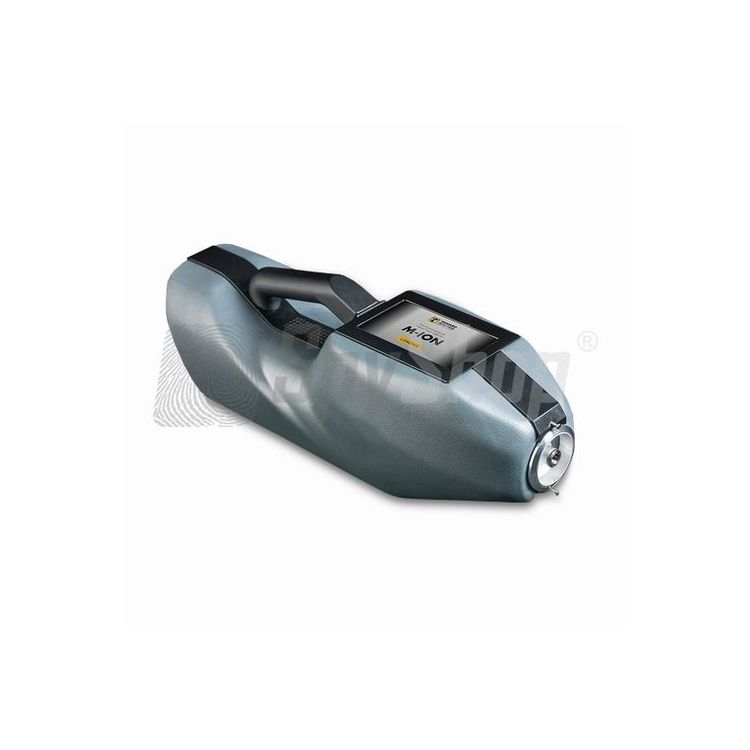 Nowadays, swift and efficient detection of explosives is of vital importance in preventing acts of terrorism. Quite often, even dogs with the best training are unable to effectively detect threats, especially in urban environments, where various other scents and distractions may be present: paints, petroleum products, and other animals, not to mention high levels of noise. At the same time, conventional devices have limited usability due to their large size and weight.

The M-ION portable explosives detector, a product of Inward Detection, has unique features allowing it to detect vapours or trace amounts of dangerous substances, both inside buildings and in various means of transportation, such as cars, trains, ships or aeroplanes.

The Explosive Vapour and trace - M-ION can detect and identify a wide range of explosive substances and their vapours. It is possible to detect explosives in pure form, such as TNT (trinitrotoluene), RDX (hexogen), C4, Semtex, PETN (Pentaerythritol tetranitrate), ANFO, EGDN (Ethylene glycol dinitrate), HMX (octogen), nitroglycerin, dynamite, DNT, black powder, as well as their derivatives and combinations. The portable explosives detector can also detect these materials in “particle analysis” mode. Samples can be taken with surface wipes made from ordinary aluminium foil. The M-ION portable detector can be used at a wide range of temperatures, both in- and outdoors.

The Explosive Vapour and trace - M-ION uses FAIMS technology (Field Asymmetric Ion Mobility Spectrometry), utilising ionization caused by corona discharges. It does not use any radioactive materials thus being completely safe for the operator and nearby personnel. As a result, the M-ION detector does not require any special methods of transportation, storage, or operation.

The Explosive Vapour and trace - M-ION portable explosives detector is comprised of two independent gas flow circuits. The first one collects samples and the second one produces a clean and dry carrier flow, which is used to clean the detector. The system does not require calibration. An electrostatic valve filters ions according to their polarity, which significantly reduces the number of false alarms triggered by substances other than explosives.

The applied technologies, and the algorithms for analysing the composition of samples ensure high selectivity and resistance to interference. The M-ION’s specialised software allows the sample spectrum to be compared with typical spectra of pure and mixed explosives, allowing it to be identified with a high level of certainty.

The Explosive Vapour and trace - M-ION is very easy to use and does not require any particular expertise or special training. Information about detection and type of explosives present in a sample is shown on the built-in LCD screen or on a separate device that is equipped with a WiFi interface. A WiFi devices can also be used as a remote control interface (PC, Mac, tablets and smart-phones). A 2GB memory card allows to save the detection and alarm history for further analysis.

Key features of the Explosive Vapour and trace - M-ION

Detector of hazardous liquids in containers - SecurSCAN AT1000

Handheld explosives detector in liquids - AT1500