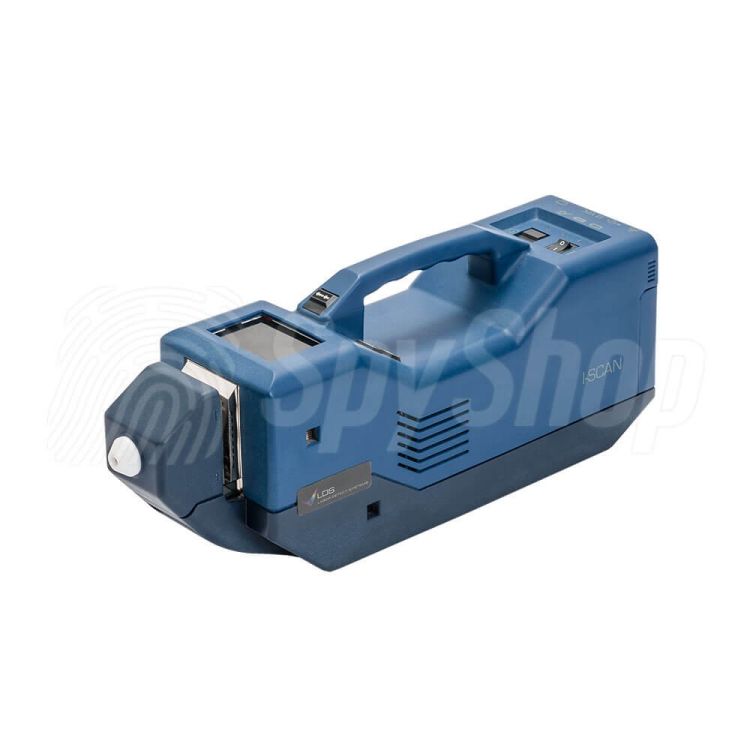 I-SCAN LDS 3500-i Mk2 is a fully portable detector for drugs and explosives as well as vapours of those substances. Simple operation and specialized analytic software ensure high selectivity of samples tested with high resistance to interference.

I-SCAN LDS 3500-i Mk2 is a professional device basically intended for detecting explosives and drugs, as well as vapours of those substance. The detector is used for control of protected areas as well as for customs and boarder control, for personal checks at the airports, in expert criminology laboratories and in analytic industrial enterprises and scientific research organizations.

The I-SCAN LDS 3500-i Mk2 Hand-held detector of drugs and explosives is made of heavy-duty materials that guarantee detector resistance to mechanical damage and high temperature. Application of innovative technologies and sample analysing algorithms led to creation of highly accurate device which while working in one of the available modes can analyse vapours from the air or particles of the suspect material in just 5 seconds.

LDS Laser Detect Systems is a a pioneer in the domain of spectometric lasers and chemical substances detectors. It helps to provide security all over the world.