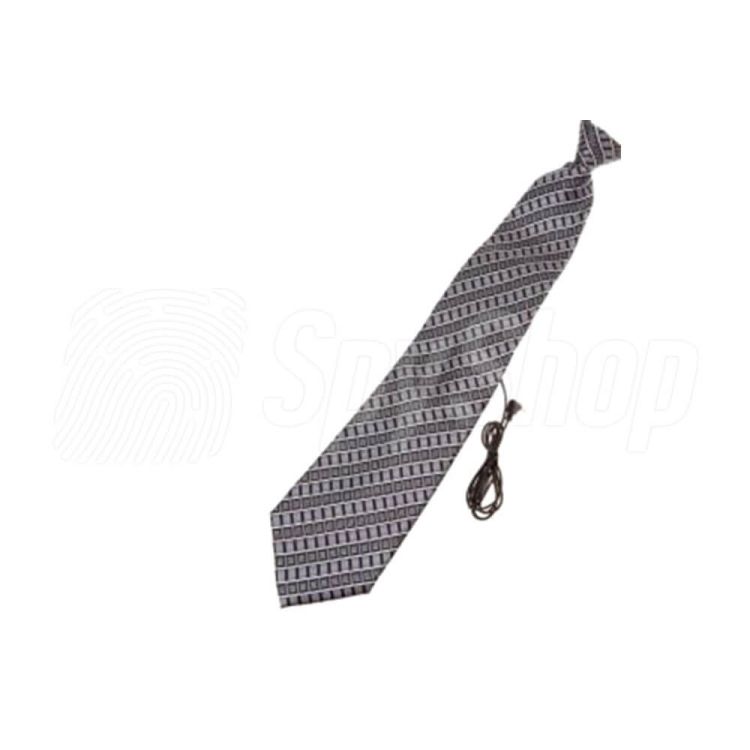 The NT-18HD wireless covert camera is a newer version of the well-known NT-18 model. The main different between these two models is the new 1.4" Sony converter which records the image in HD resolution. The lens diameter is just 1 mm so the camera is not visible at all after hiding. This spying camera does not have its own power supply or memory. To operate the device you will need a dedicated external recorder e.g. PV-1000 Touch, PV-500 Lite 3 or PV-500 Evo 2.

Another advantage of the wireless covert camera is the sound, which is captured by the built-in microphone with AGC function that provides sound gain and noise clearance.

The NT-18 HD wireless covert camera hidden in a tie will be a reliable solution for discreet recording of an important meeting or a fraud. You can use the video footage as a credible evidence in court proceedings that would leave no doubts.