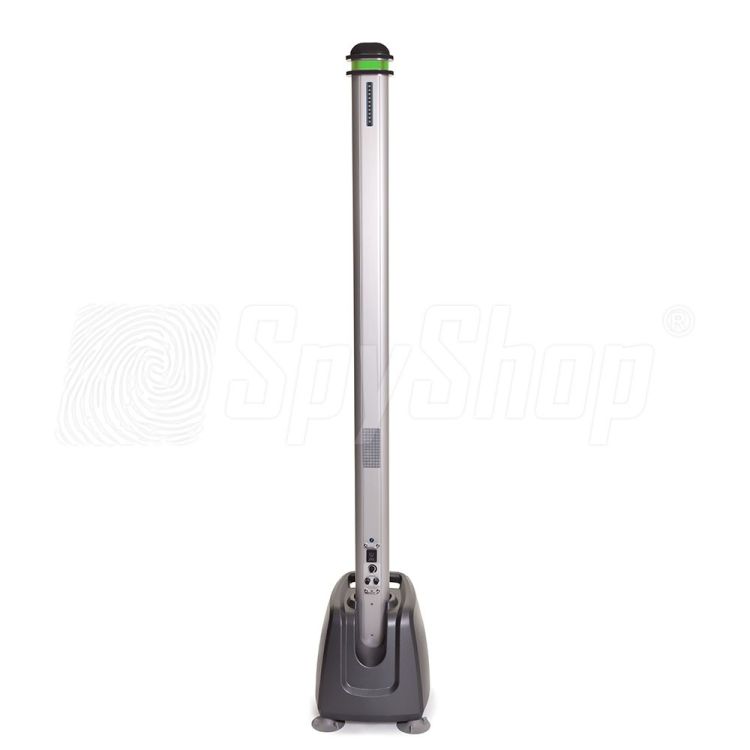 Effective detector of mobile phones, weapons and illegal contraband for prisons - Cellsense Plus

Cellsense Plus is a modern, fully portable and safe-in-use scanner intended for quick detection of mobile phones, miniature knives and illegal contraband hidden in mattresses, clothes or in body cavities.

Portable detector of mobile phones and weapons Cellsense Plus has been designed first of all to increase safety in prisons and its main purpose is to detect mobile phones and small blades, which in may be used as a dangerous tool in prison.

The advantage of Cellsense Plus scanner of mobile phones and illegal weapons over competing devices is fast assembly and readiness to work. It normally takes about 15 seconds to set the device and start measuring.

Owing to the cooperation between Metrasens engineers and representatives of prisons authorities it was possible to create this device, which is sensitive and intelligent at the same time and is capable of detecting small pieces of metal ignoring all kinds of prostheses, implants and jewellery.

We have tested the main differences between 2 devices such as CELLSENSE PLUS as well as CELLSENSE. During the tests sensitivity and false alarms rate were paid attention to. We have used 4 small metal objects hidden in a jacket such as : zipper, razor blade, screw and a screwdriver. The test were performed in a room. The CELLSENSE contraband detectors were located close to other big metal objects in the room in order to inspect the rate of false alarms in both devices.

All of the used objects hidden in a jacket such as zipper, razor blade, screw and a screwdriver were easily detected by CELLSENSE PLUS. We used small objects typically used in the prisons in order to investigate the sensitivity accurately. In case of the basic version of CELLSENSE only the screwdriver was easily detected. In case of the razor the signal was very weak. The sysem has not detected a hidden zipper and a scrub.

There were no false alarms during the tests with CELLSENSE PLUS. In spite of many other metal objects around, the device reacted only in the right time, while a person with a metal object was passing next to it. It means that the device is resistant to other objects, which can interfere with the field. In case of the basic version of CELLSENSE we have reported some anomalities during the tests. Sometimes the device reacted with no reason as soon as any motion was detected.

Summing up CELLSENSE PLUS really seems to be more sensitive and reliable. The sensitivity is twice as high as the basic version and our tests have proven it. We have reported some false alarms, during the movement in case ob basic version of CELLSENSE. The false alarms were not registered in case of CELLSENSE PLUS. The Cellsense Plus version is ruggadized and more resistant to physical damage. Eco mode of the device prolongs the operation time in comparison to the previous version.

Comprehensive support
Metrasens offers a number of trainings, technical support and extended warranty of the detector and rechargeable battery.

Metrasens is a British company, which specializes in creating mobile phones detectors as well as small objects, which can be dangerous in a penitentiary environment.