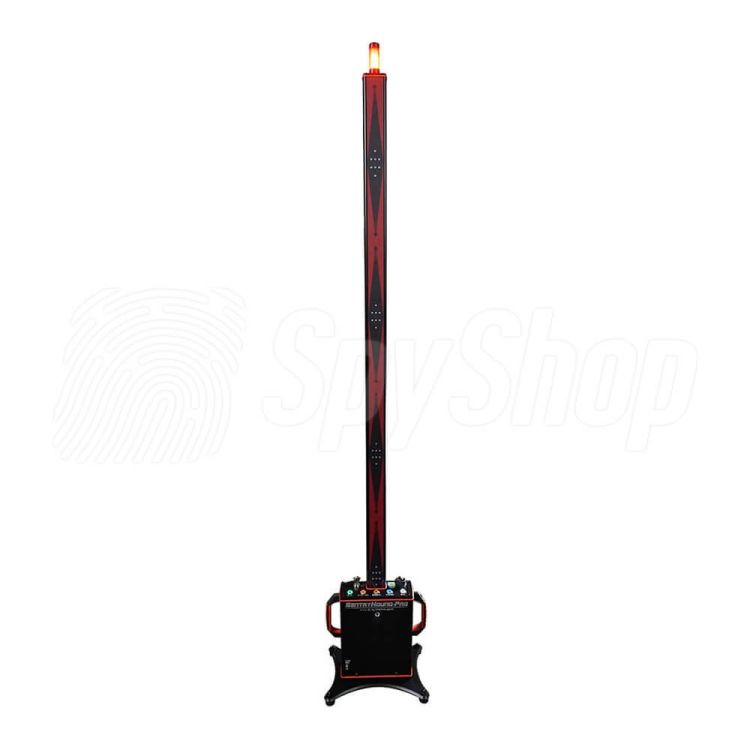 SENTRYHOUND-PRO is a standalone ferrous metal detector, which does not emit harmful radiation, and this way allows for quick check of people for potential smuggling of weapons, metal elements and mobile phones, e.g. by prisoners and visitors, or participants of mass events.

SENTRYHOUND-PRO is a fully portable ferrous metal detector that was designed for work in places where quick and effective detection of mobile phones, weapons and other illegal or potential dangerous objects is required.

A great advantage of the ferrous metal detector that it can be placed both in a particular room or behind the room walls. Modular operation is an additional advantage of the device which can cooperate with another detector placed in close vicinity. The modular use of detectors allows you to create control points, for example at the entrance to mass events.