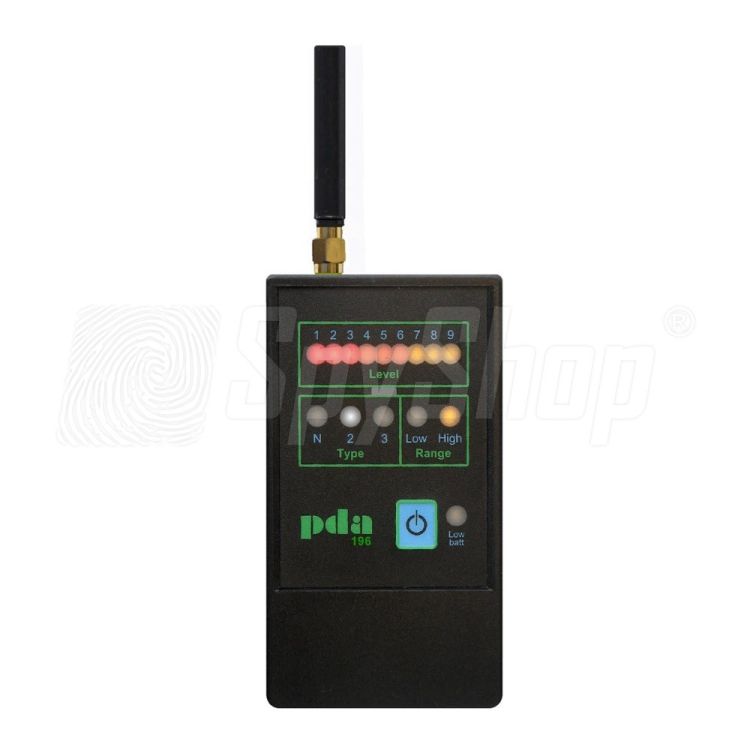 CPD-196 is a professional, made from components of the highest quality finder of devices in 2G and 3G networks, such as mobile phones, wireless cameras, etc. It is very easy to use, readable, light and compact. Energy-saving system allows for long-term use. LED diodes enable you to work in areas with poor lightning.

GSM network finder thanks to its small size is very handy - only 80 g . The powerful battery allows you to work from 100-180 hours depending on the mode and manner of the power supply. Additionally, energy-saving LED diodes minimize energy consumption. Thanks to LED diodes, the device can operate in low-lit areas. GSM detector is powered internally using AAA battery or accumulators and externally 4.5-16V DC (50mA).

One button is responsible for turning on / off the power and frequency setting. An additional, hidden under a flap device button allows you to set vibrating alert. In the case of battery discharge the device informs the user through a pointer. Detection range in open space included in this device is about 300m, which allows the detection of large spaces, eg. Production halls, conference rooms, etc. The mobile phones finder operates in two ranges of sensitivity -48dB and -65dB.