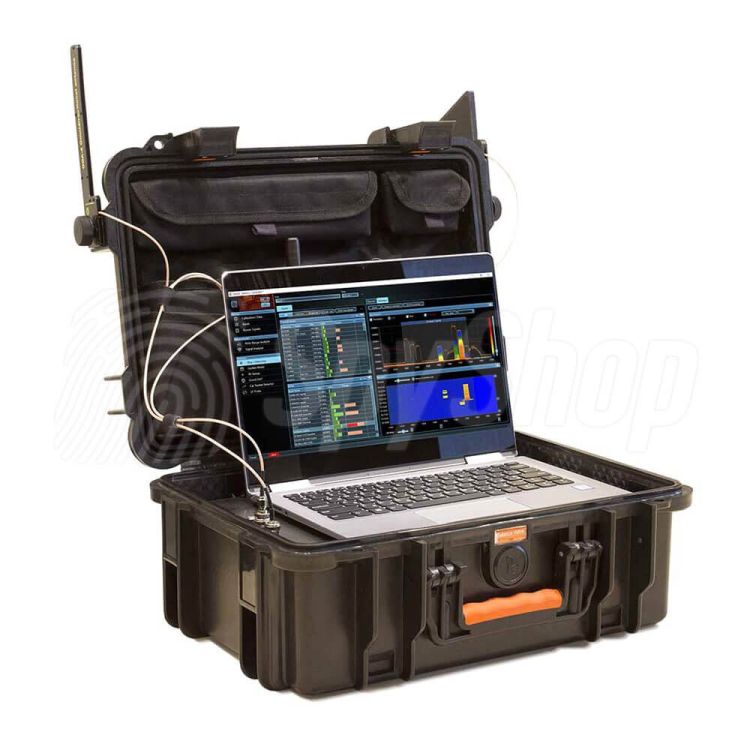 The device comes with two antennas that cooperate to enable detection of all kinds of spy equipment such as wiretapping, cameras, audio-video recorders and even GPS locators. The antennas can be placed up to 15 meters from each other creating a search area between them. The closer Delta X system gets to the signal, the clearer indicators are.

Delta X 2000/6 is the 3rd version of modern countersurveillance systems of the Russian brand DigiScan Labs. The X 2000/6 version enables analysis of the band spectrum with the scanning speed of 2000-3000 MHz/sec and with 9 kHz intervals, which is quite innovative compared to the previous model X 100 4/12G. The applied technology allows to detect equipment that could contribute to the leakage of state-classified information or company business secrets. The digital receiver display complete information about all the radio transmissions present within the searched area.

The anti surveillance system of detecting wiretaps, micro cameras and other kinds of spy equipment together with the Delta X software create a highly reliable system used by Russian special operation forces for searching rooms for potential surveillance threat.